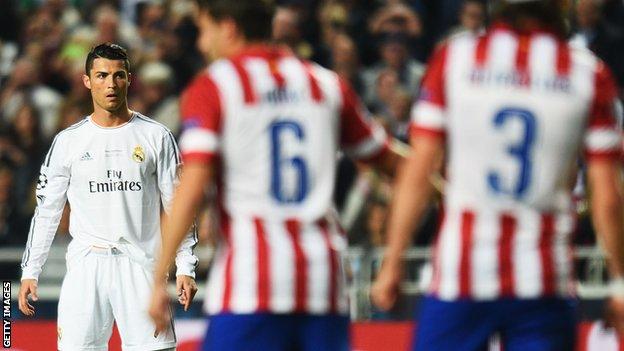 Holders Real Madrid will meet city rivals Atletico Madrid in the quarter-finals of the Champions League, in a repeat of last season's final.

Paris St-Germain's reward for beating Chelsea in the last 16 is a tie against Barcelona, the conquerors of English champions Manchester City.

Who plays who in the Europa League?

Rafael Benitez, who is bidding to win his fourth major European club honour as a manager, sees his Napoli side meet German team Wolfsburg in the quarter-finals.

The former Liverpool, Chelsea and Valencia boss watched his team progress with a 3-1 aggregate win against Dinamo Moscow in the last 16.

The Spanish side face Russian club Zenit St Petersburg, while the other tie sees Ukraine's Dnipro Dnipropetrovsk take on Club Brugge of Belgium.