Despite the rain leaving puddles on the surface before kick-off, referee Tony Harrington opted to start the game.

But both sets of players were called off the pitch shortly afterwards as conditions worsened.

And when it became clear that the pitch would remain unplayable, the referee called the match off.

He had hoped to resume the game after a 20-minute delay but the Bury groundsman made little impression on the surface water, despite using a sponge roller.

The two clubs are planning to talk on Monday to arrange a new date for the game to be played.

Fans of both sides leaving the match were handed vouchers entitling them to half-price admission to the rearranged game.

But Bury chairman Stuart Day told BBC Radio Manchester: "The voucher that people have got will give them free admission to the rearranged fixture. That includes the away fans as well.

"They have paid to see a game of football but they only got to see six minutes which wasn't really football."

Bury boss David Flitcroft said the referee had made the right decision to both start the game and then call it off.

"We can't do anything about what's happened, it's something out of our control," he said.

"It's incredible how much it came down just before and during the game.

"It's tough for the Southend fans now who'll have to make the long trip up on a Tuesday night now."

Southend boss Phil Brown added: "I'm disappointed for the travelling fans, first and foremost. Some travelled at 7am this morning, some stayed overnight.

"The forecast was due to be clear, it was like a monsoon. It was the right decision to call it off." 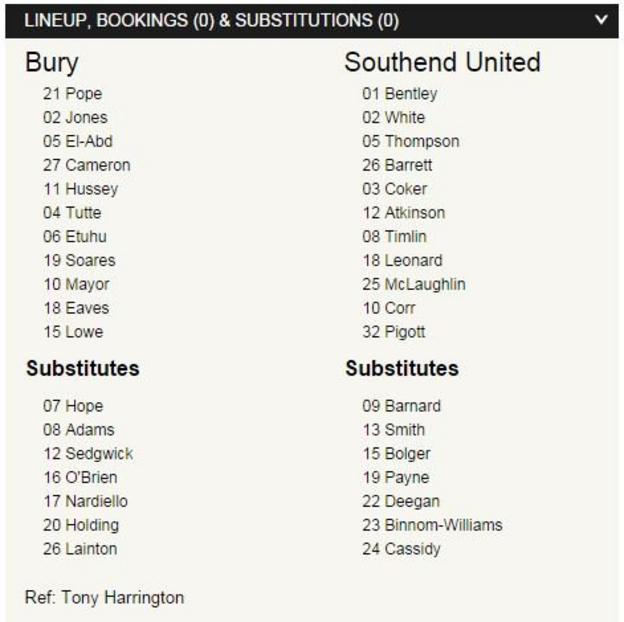 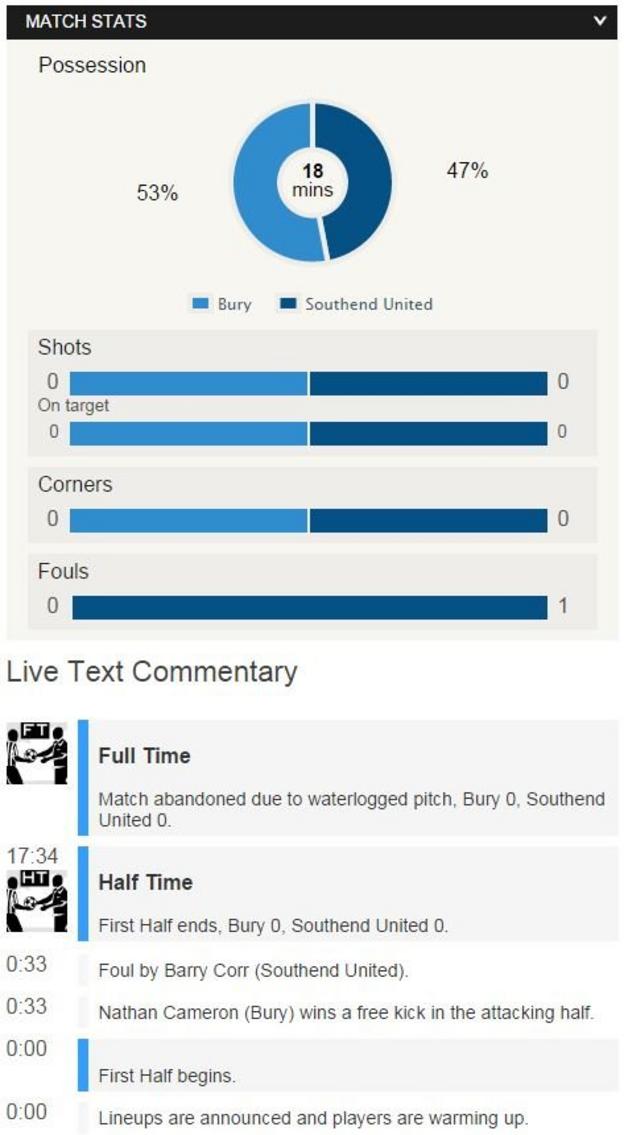