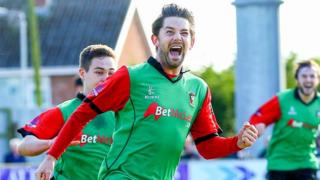 Glentoran beat Crusaders 1-0 in the Irish Cup semi-final thanks to a goal in the 29th minute by striker Curtis Allen.

The Crues may be leading the Premiership by six points but a disappointing performance saw them fall to a first defeat in 16 matches.