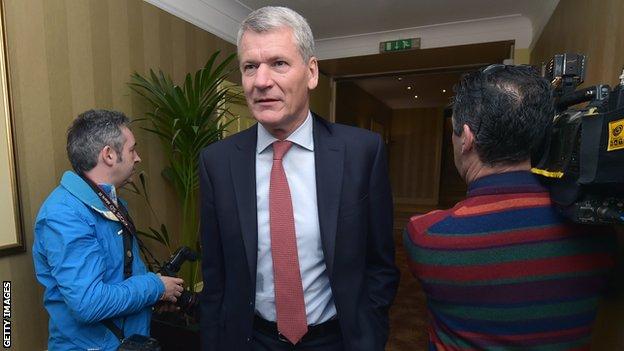 Former Manchester United chief executive David Gill says he is standing for Fifa vice-president because there is an "urgent need" for reform within the organisation.

Britain is guaranteed a Fifa vice-presidency but, for the first time, Uefa members will vote to appoint the candidate, in Vienna on Tuesday.

"My personal view is there needs to be a change of president," Gill added.

English FA chairman Greg Dyke said Gill would "not be afraid of asking questions", amid a "feeling that there have been too many acolytes and not enough people ensuring that decisions are taken in a transparent, ethical and business-like manner" at Fifa.

Gill, 57, was United's chief executive between 2003 and 2013, his time at the club coinciding with that of the club's most successful ever manager, Sir Alex Ferguson.

If elected, Gill will replace 71-year-old Northern Irishman Jim Boyce, who has held Britain's vice-presidency since 2011, after the Fifa presidential elections in May.