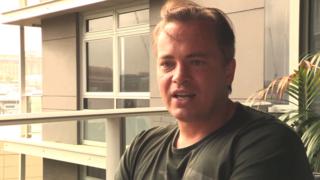 Van Gaal, who was appointed United boss in May 2014, has moved his side into the top four following an unbeaten league run of four games, including Sunday's 2-1 win over Liverpool.

Bosnich goes on to discuss "world class" shot stopper David De Gea, saying United will have to "fight" to keep him.