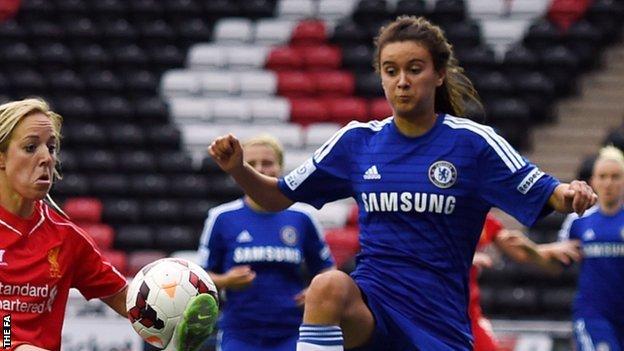 Millwall Lionesses have signed Chelsea forward Rosella Ayane on loan until 31 May.

The 19 year-old was part of Chelsea's first-team squad last season, after scoring her first league goal in 2013.

Reading-born Ayane, who previously won the FA Girls' Youth Cup with Chelsea's Under-17 side, scored twice against the Lionesses in the 2014 Continental Cup.

"She is a goalscorer and that's what we've brought her in to do," Millwall boss Dan Mlinar told the club website.

Ayane is available for Millwall's next Women's Super League Two game at home to Everton to Sunday.

"She is tall, she's got presence, she's a powerful runner with, and without the ball and I think she adds something different to the team," Mlinar added.

"She is comfortable playing as a target centre-forward or off the shoulder, depending on what system we play, and she can also pull wide on the left-hand side and she seems to be good at beating people one-on-one."