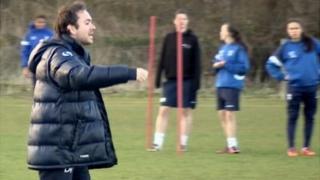 Birmingham could only draw against Notts County on the final day to finish third, just one point behind champions Liverpool.

Birmingham begin their WSL 1 campaign against Manchester City at Damson Park on Sunday, having already beaten Liverpool to progress to the last eight of the FA Women's Cup.