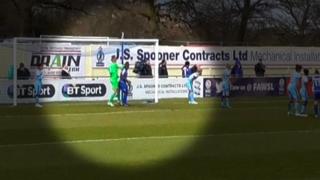 Ayisi was sent off for her part in the 45th-minute incident.

England international Bardsley has been charged with violent conduct by the Football Association.

After viewing footage of the incident, she apologised for her actions.