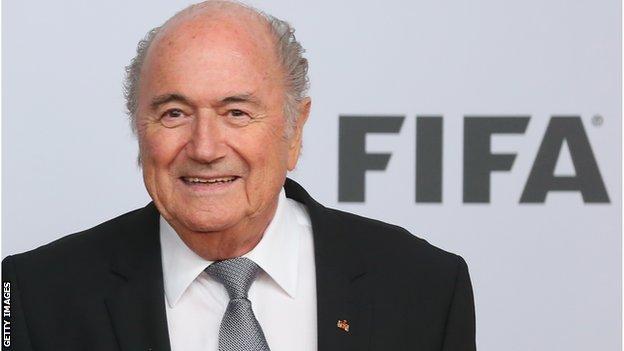 Blatter, seeking re-election in May, will attend the Confederation of African Football congress next week.

"We must show African football all the great appreciation and respect it deserves," Blatter said in his column Fifa's The Weekly magazine.

He added that he feels "the refreshing skills and technical finesse of the African teams are among the greatest attractions at the World Cup".

The 79-year-old Swiss, who has received strong support from Africa during his four terms in office, added: "Credit for this development must also go to Caf president Issa Hayatou.

"Using strategic wisdom and sure instinct in the world of sports politics, he has succeeded in keeping this vast continent together in all its linguistic, ethnic and cultural diversity."

The election will take at Fifa's congress, held from 29 May, and Caf's 54 members - the biggest voting block on Fifa - will have a significant say on the outcome.

"The power of football is arguably even more significant in Africa than the rest of the world, because it symbolises a common denominator for all peoples, nations and tribes," added Blatter, who is believed to have the backing of the continent.