Bournemouth manager Eddie Howe says his players are primed for the Championship run-in as they attempt to seal promotion to the Premier League.

The Cherries top the Championship as they try to make it into English football's top flight for the first time in their history.

Howe took his squad to Dubai during the international break as the season draws to a thrilling conclusion.

"We've worked incredibly hard and we've tried to come back a better team than when we left so time will tell."

Howe also disputed any suggestion that, with seven games to go, the Cherries have the easier run-in compared to their promotion rivals, with only one game against a side in the current top eight.

"Fixtures on paper mean nothing, you've got to go out and perform and get the points." he said.

"Nothing is going to be given to us. We're playing good sides with very good managers so we are under no illusions. We have been very good in recent games but we are going to need to maintain that, if not better it, to achieve our goal."

Despite the prize on offer, Howe also says he has noticed no change in training with the players remaining calm and focused.

"There are always things you can do better," he said. "The players have been very professional in their approach, I've had no issues with complacency."

The Cherries travel to Ipswich on Friday, and having drawn 2-2 in the corresponding fixture, Howe is aware his side face a difficult challenge at Portman Road.

"Ipswich are one of the sides that have never gone away and have continued to get results even when people have doubted them.

"We are going to have to be at our best to get anything from this one." 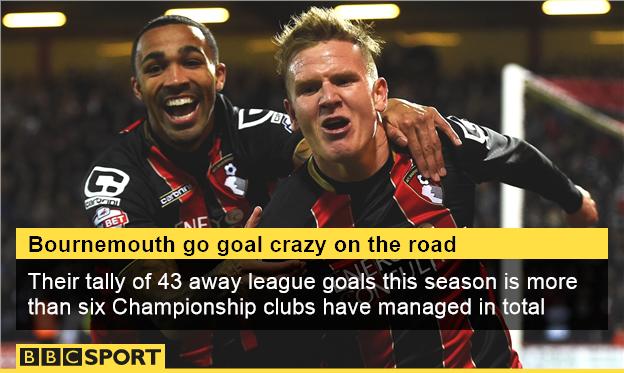