Real had goalkeeper Iker Casillas to thank for being level at the break after being outplayed.

Gareth Bale's diving header was just wide after the break for the improved visitors before Ronaldo was denied a clear penalty. 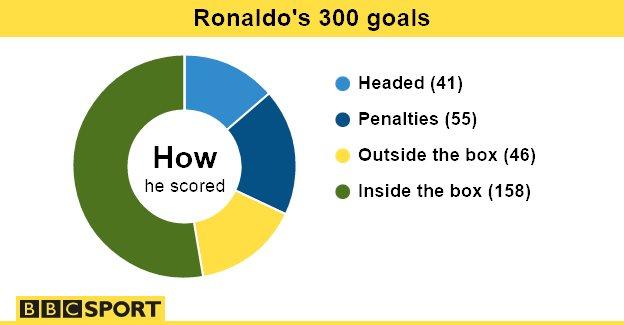 The 30-year-old scored five goals for the first time in Real's 9-1 hammering of Granada at the weekend but things were a lot nervier for the European champions on Wednesday night.

Ronaldo earlier had a blatant penalty appeal waved away after a clear foul by Antonio Amaya but he wasn't to be denied as he took his league tally for the season to 37 goals.

Colombian Rodriguez gave the scoreline a flattering look with a cool curled finish late on as Real responded to Barcelona's earlier 4-0 win against Almeria.