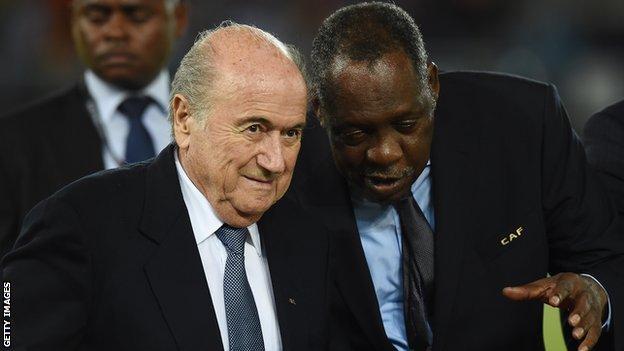 Tarek Bouchamaoui and Constant Omari Selemani have been elected on to Fifa's executive committee as African representatives.

Tunisian Bouchamaoui swept in with an unprecedented full house of 54 votes.

Omari of DR Congo beat incumbent Jacques Anouma by 34 votes to 20 to oust the Ivorian who had served the committee for the last eight years.

Algerian Mohamed Raouraoua, the other incumbent, withdrew before the poll at the Confederation of African congress.

The new members will serve a two-year term after which they will be up for re-election as Africa has changed its rules on how it fills its four places on the 25-man Fifa committee.

From 2017, Africa will reserve one seat for the Caf president, one for a French speaker, one for a candidate from an English-speaking country and one to be shared among the Arabic-speaking and Portuguese-speaking countries.