Jermain Defoe's brilliant winner against Newcastle has made the headlines but it was the less spectacular parts of his performance that stood out for me. 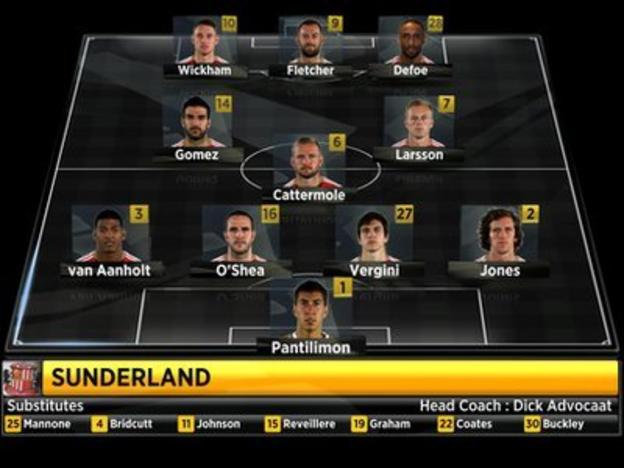 When I realised his starting position was on the right wing in a 4-3-3 formation, I was surprised to say the least.

I know Jermain well from training and playing with and against him, and he does not particularly like playing in those wide areas - he certainly did not enjoy it back in the day.

That is understandable because he is a goalscorer and he lives off the goals he gets. He does not normally like being in areas of the pitch where he cannot affect the game in a positive way.

But obviously he was asked to play a different role by Sunderland manager Dick Advocaat because of their circumstances and he did a brilliant job for the team.

'I have never seen him work as hard before'

I have never seen Defoe work as hard as he did to contribute defensively on Sunday - he tracked back on the left too and at one point he was making sliding tackles near his own corner flag, which was a first.

He is 32 now and he will not want to be doing that permanently. But knowing him like I do, if he is asked to do any kind of job for his team to help them stay in the Premier League then he will always give it his all. 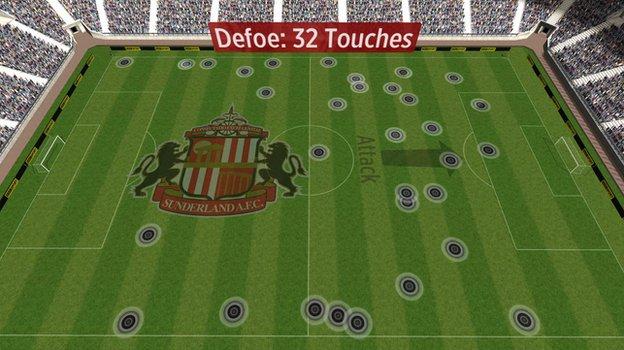 I do not think playing him there gets the best out of him, but it worked for Sunderland on Sunday.

Ultimately, Defoe only had one shot at goal in his 80 minutes on the pitch, but it was a world-class finish to win Sunderland the game and three vital points.

That is what they signed him for, and you could see from his celebration how much it meant to him.

'Defoe is a very special talent'

I have played in midfield behind Defoe and he is a very special talent in that he does not solely rely on through-balls.

If you get the ball to his feet, he has got the capability around the box to beat people himself and shoot from range with real power.

Defoe has pace and thrives on being put through too of course, but one of the reasons he has scored as many goals as he has done in his career is that there are so many different elements to his game.

Yes he will get in the six-yard box to score you a tap-in but he can create goals for himself and, as Newcastle found out, score from distance as well.

Before that goal, he had not scored for six games which will have been hurting him because he is not used to it.

But I know that it will not have knocked his confidence because he is the sort of player that never loses faith in himself, and for good reason.

That bit of class he produced against Newcastle was the kind of moment of brilliance I have come to expect from him after playing with and against him down the years.

'Sunderland have enough about them to stay up'

Defoe's appetite was typical of the rest of the Sunderland team.

What Dick Advocaat's side lack in quality, they make up for in physicality and endeavour which is a massive positive for them.

They have got some powerful players and they look fit, which is an often overlooked factor at this stage of the season. 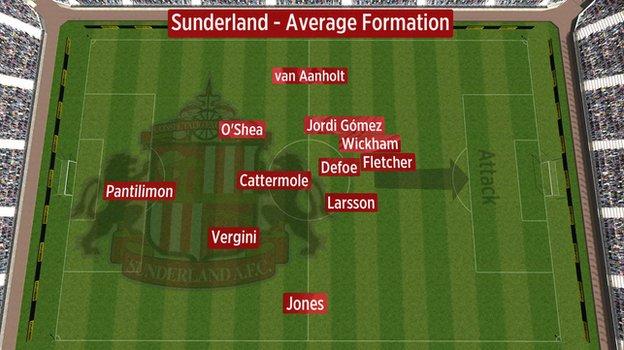 Against Newcastle, both of their full-backs - Billy Jones and Patrick van Aanholt - did brilliantly, flying up the wings.

They also have a few clever players, like Jordi Gomez and Seb Larsson, who have been in this position at the bottom of the table before and will be used to the pressure involved when you are fighting relegation.

From what I saw of them in this game, they have got enough about them to beat the drop.

But that is mainly because of the quality Defoe gives them in the final third. He could be the difference between them staying up, or not.