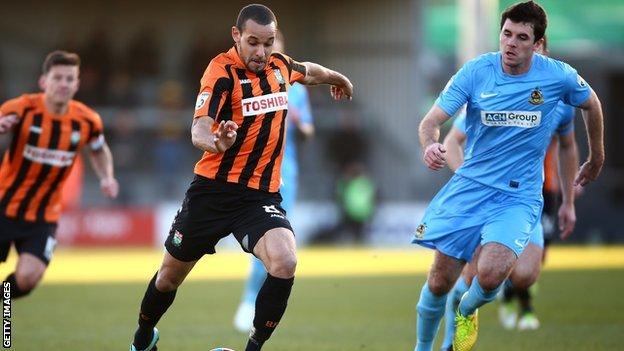 The Football Conference, comprising the fifth and sixth tiers of English football, is to be renamed as the National League from next season.

The competition has also announced a new logo and a renewed three-year TV broadcasting deal with BT Sport.

Incoming National League chairman Brian Barwick said the new branding would "offer much to our existing partners whilst opening up new opportunities".

Current sponsors Vanarama will continue to lend their name to the competition.

Under the changes the fifth tier of English football, currently the Conference Premier, will officially become the Vanarama National League.

The League will also have its own TV channel, NLTV, which will focus exclusively on the 68 member clubs across the three divisions.

Outgoing Conference chairman Brian Lee said: "Our announcement around the name change and broadcasting channel excites me and I sincerely hope it excites the football world."