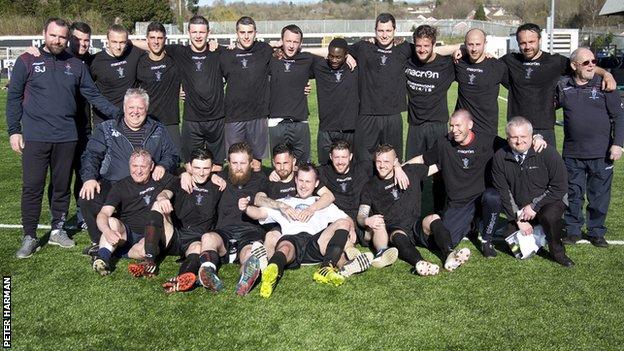 Merthyr Town are celebrating after hammering Bishops Cleeve to win promotion to the Southern League Premier Division as champions.

Ryan Prosser scored either side of Ian Traylor's brace as the hosts took a 4-0 half-time lead at Cigg-e Stadium.

The win returned the Martyrs to the division from which they were demoted in 2010 amid financial problems.

Their promotion came after dominating the Southern League Division One South & West in 2014-15.