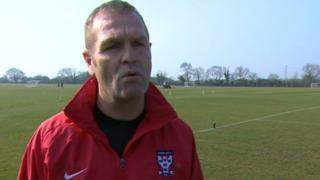 Boss Russ Wilcox says York City need to be in a stable Football League place by the time they move to a new stadium in 2016.

The Minstermen are to end their stay at Bootham Crescent - home since 1932 - when they switch games to the new community venue, after refurbishment costs were deemed not financially viable.

However, Wilcox is adamant York must not be involved in a battle to protect their league status by the time the club is ready to take their place in a new home.