MOTD2 pundit Phil Neville explains what went wrong for Manchester City in their 4-2 defeat by neighbours Manchester United at Old Trafford on Sunday.

I have a feeling Yaya Toure will get singled out again for playing poorly in Manchester City's crushing defeat by Manchester United but I actually feel sorry for the Ivorian.

The way they line up, you could put any player in City's midfield in a big game like Sunday's derby and they are going to struggle. 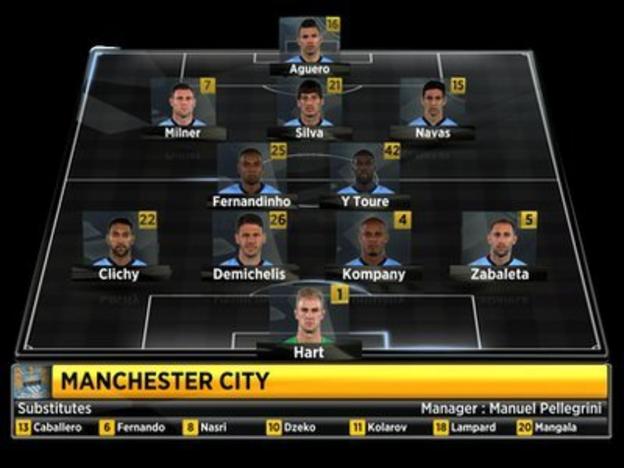 At times, United were out-numbering them four to two in the middle of the pitch.

That made it an impossible job for Toure and whoever is playing alongside him, and it has happened time and time again in City's big games this season.

The common denominator is 4-4-2, with Toure and either Fernandinho or Fernando in midfield.

Manuel Pellegrini keeps making the same mistake and it is City's system which is the problem - I don't think you can blame Toure.

Sometimes when you watch Toure, his body language is not great and that is always something people pick up when they criticise his work rate.

But I know from experience that when you are continually getting outnumbered in midfield, you cannot do anything about it - it doesn't matter how hard you work.

Nobody was questioning Toure when City were on top in the first few minutes. It was their team that fell apart, not an individual.

The midfield was always going to be where the game would be won and lost. At first it was City who were on top.

Pellegrini sprang a bit of a surprise when he brought James Milner into the team, but instead of playing alongside Toure and Fernandinho, his job was to drop on to Michael Carrick and stop him from setting the rhythm of the game and dictating play for United.

It worked early on, when Sergio Aguero also dropped deep as well and found some brilliant positions to make things difficult for United's centre-backs.

Chris Smalling and Phil Jones both wanted to stay tight to Aguero so they were sucked out with him, leaving space for Jesus Navas and David Silva to run through inside. As a result, Navas had a great chance to score before Silva set up Aguero for his opener.

At that stage, United looked there for the taking but the minute something went wrong for City, Pellegrini's side crumbled, and they could not respond.

As soon as Louis van Gaal's side equalised, City lost their discipline. Instead of sitting on Carrick, Milner found himself up front. 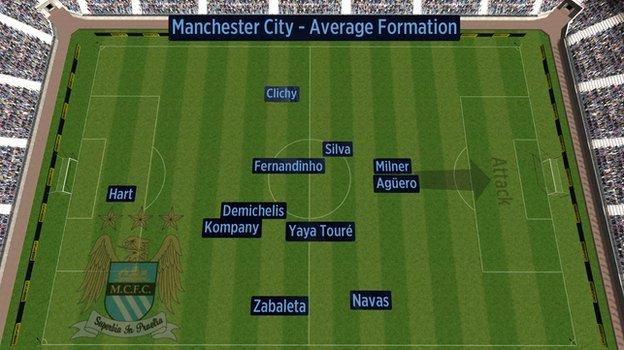 Aguero also started operating further up the pitch and City went from playing without a striker and winning the midfield battle to an orthodox 4-4-2 that left them light in the middle.

At the same time, Juan Mata came inside for United and created a box in midfield with Marouane Fellaini, Ander Herrera and Michael Carrick that allowed them to dominate in that area.

Toure and Fernandinho had been looking after Fellaini and Herrera but they could not deal with two men each.

Instead of changing their shape, or going back to what had been working for them, City became ragged and looked desperate.

United controlled possession and the rhythm of the game and that is why they ended up going on to score four goals and win easily.

'A lack of organisation - and spirit'

City's performance told us a lot about where they are at as a team at the moment. I saw a lack of organisation and, at times, a lack of spirit.

At no stage in the game did it look like any of their players were saying 'let's dig in here, get back into shape and help each other out'.

That is why they are on such a poor run of form - Sunday was their sixth defeat in their last eight games.

If this was the start of the season, it would be easier to try to flip the mood and their momentum, but with six games left it is far more difficult.

The title is gone - now they are in fourth and fighting for a Champions League place, and the pressure could be on there, too.

Their players will be looking over their shoulders at Southampton and Liverpool, trying to turn things round while they are in a situation where there are lots of questions over their futures, and that of Pellegrini, too.