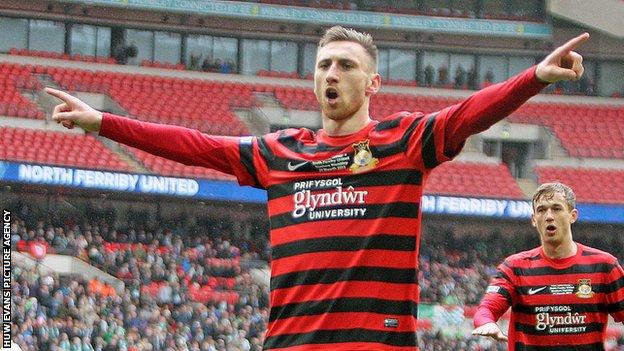 Aldershot came from behind to earn a draw against Wrexham in their penultimate game of the season.

Louis Moult's 23rd goal this term gave the visitors an early lead after a dominant start.

But Andre McCollin pounced on a defensive error to level for the Shots in first half injury time.

Aldershot dominated after the break without really threatening, with the draw leaving Wrexham in 11th place and the Shots 18th.

Wrexham caretaker coach Lee Jones told BBC Radio Wales: "I didn't think much of our performance if I'm being honest.

"We started the game quite bright but after we scored the first goal we thought we were Real Madrid. We thought it was easy, what gave us success in the first 10 minutes we stopped doing and from then on we didn't really look like a team."