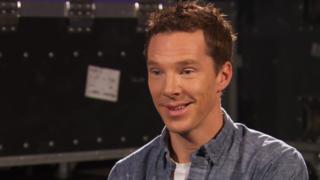 He also says he cannot get used to sporting greats such as John McEnroe asking for photographs with him rather than the other way around.

Cumberbatch will host the Laureus Awards ceremony, which takes place on Wednesday in Shanghai.