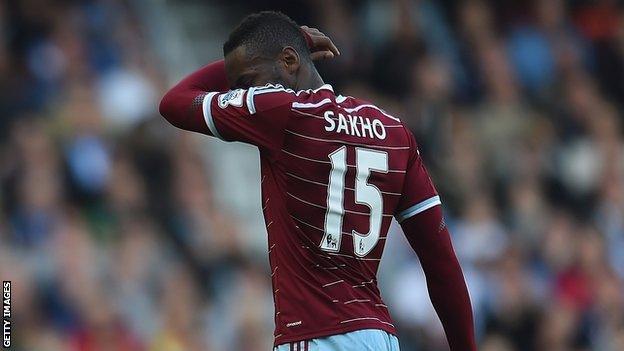 West Ham and Senegal striker Diafra Sakho may not play again this season because of a thigh injury.

The 25-year-old, who has scored 12 goals for the English Premier League club since joining in the summer, limped off against Stoke last weekend.

"We think maybe towards the end of the season (he could be back), but maybe not," said boss Sam Allardyce.

"You have to be very careful with a thigh strain, so that he does not suffer a recurrence."

Although Allardyce admitted Sakho's absence leaves the club "very short in goalscoring options" he insisted he will not rush the player back.

"We would give him that time to be absolutely certain, which would mean we would have to be at least four or five days training with the rest of the squad before he was available."