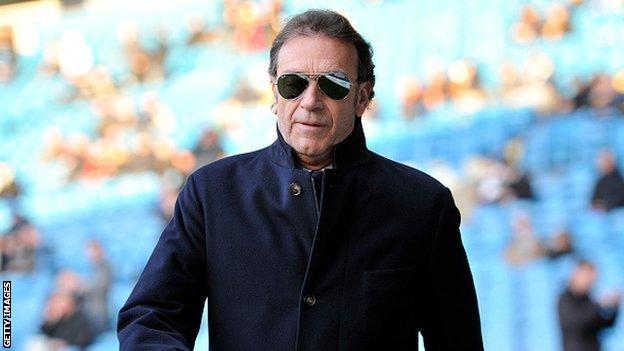 Leeds United manager Neil Redfearn's plans for Saturday's Championship match at Charlton Athletic have been hit by the sudden withdrawal of six players.

Five of the six were signed by banned club president Massimo Cellino.

According to Press Association Sport, Redfearn and United's physio were not aware of any injuries.

Redfearn's position at Elland Road has appeared under threat over recent weeks.

His assistant Steve Thompson lost his job without warning on 2 April.

And Redfearn's own deal, which expires at the end of the season, looks increasingly unlikely to be renewed under the club's current regime.

Cellino has been banned from holding any influence over the club since the end of January - following a conviction in Italy for not paying tax on a yacht - but he is set to return in a fortnight's time.

Forwards Antenucci and Doukara, defenders Bellusci and del Fabro and goalkeeper Silvestri were signed by Cellino.

Forward Cani's deal was set up by the Italian before he was banned by the Football League for failing its owners and directors test.

Leeds, 15th in the table and safe from relegation, were not available for comment.