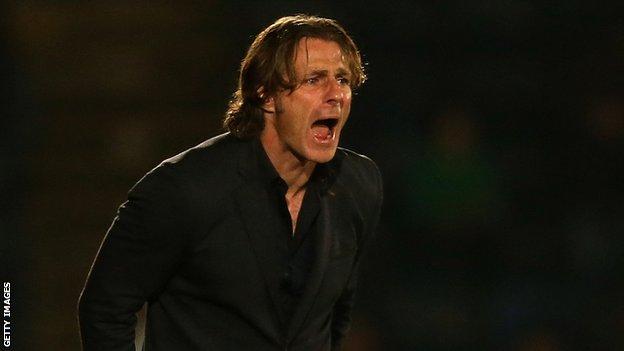 Gareth Ainsworth's men started the day in third but after Southend and Bury both won they will head into the final day of the season in fifth place.

Morecambe were the better team with Wycombe goalkeeper Matt Ingram impressing but he could do nothing about Mullin's header after 86 minutes.

Wycombe must beat Northampton on the final day, hoping their rivals slip up.

"I'm really pleased with the defending today. Matt Ingram was incredible. If somebody was watching today, I might have lost him to a Premier League side.

"There's not as much pressure as last season, but again we find ourselves on the last game of the season where we're looking at two different results - but it's been in a good way this year.

"I'm so proud of the players this season, and to the fans can I say 'thank you'. I was choked up walking around at the end. They were brilliant. They know what we've been through.

"We're still a club that's growing, that's just turned round in one season. To go up would have been fantastic and we can still achieve that. I'm really looking forward to next week's game. We will be going out to win that."