Millwall caretaker manager Neil Harris says the pressure is off his side in the Championship relegation battle.

The Lions will move to within a point of safety if they beat Blackburn Rovers on Tuesday evening.

"It is a big hurdle to get to the 40-point mark and once you do that, teams above you start looking over their shoulders," he told BBC London 94.9.

"They know we are coming. We have been in no-man's land for a while and are slowly edging our way back into it."

Millwall have lost just one of their last six league games and are now four points behind 21st-placed Rotherham.

The Millers have a superior goal difference but could be deducted points, after being charged by the Football League for fielding an ineligible player.

A points deduction could see Millwall eventually leapfrog Rotherham although, following Tuesday's game at Ewood Park, the Yorkshire side will have a game in hand next week.

The south-east London club could also still catch Brighton and Reading, or even finish level on points with Fulham. 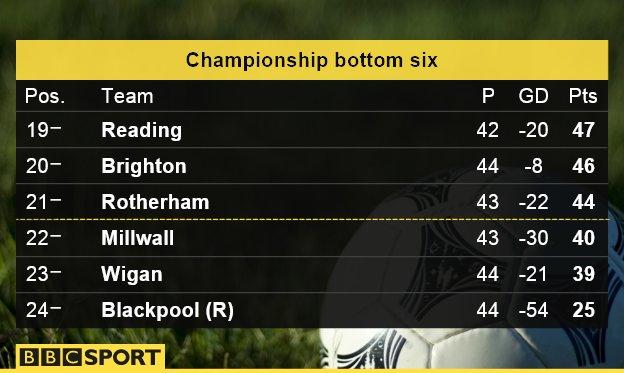 Millwall were eight points from safety when Harris took over in mid-March following the sacking of Ian Holloway.

"We are delighted with how it has gone and the response of the players," the 37-year-old added.

"We've not achieved anything at the moment other than picking us up a little bit. Everything else is down to the players.

"We are just enjoying games at the minute and it can't come quick enough. Teams above us are the ones under pressure."