Bournemouth boss Eddie Howe was selected as the manager of the Football League's team of the decade.

The team was announced to coincide with the 10th anniversary of the Football League awards. 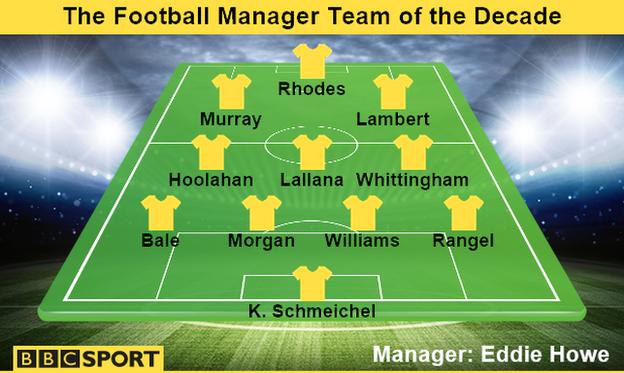 Clubs nominated their best players from the last decade before input from fans via social media and the list of previous winners was considered.

Howe was chosen with the involvement of the Football Manager computer game online community.

Let us know who you would have picked by commenting below or via #bbcsportsday on Twitter.