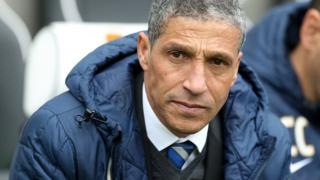 Club-record signing Craig Mackail-Smith is being released by the Seagulls while Kemy Agustien, Aaron Hughes, Vitalijs Maksimenko and Paddy McCourt will also leave at the end of the current campaign.

England's Vunipola out of France game