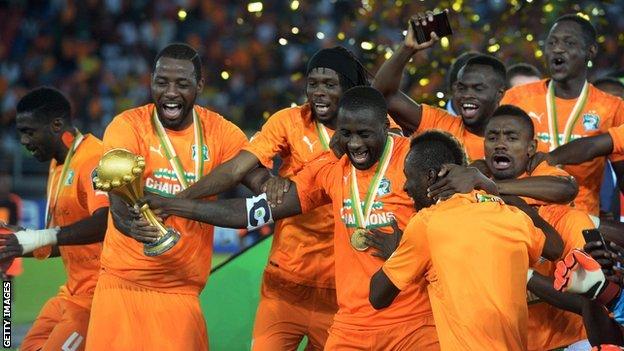 China will finance the construction of a 60,000-seat stadium in Ivory Coast in time for the country's hosting of the 2021 Africa Cup of Nations.

The new venue will be located in Abidjan, with work beginning in January 2016 and taking two years to complete.

An Ivorian sports ministry spokesman said it was "a gift from China".

He added: "The Olympic stadium of Ebimpe with 60,000 seats will allow the hosting of high-level football, athletics and rugby tournaments."

The project will also include the construction of a sports city around the stadium in the suburb of Anyama.

Abidjan currently has just one ground of international standard in the 35,000 capacity Houphouet-Boigny stadium built before independence in 1960.

China is a formidable presence in the African state where it is currently building the biggest hydro-electric project in the country.

It is also constructing a highway to link Abidjan and the Ghana border.