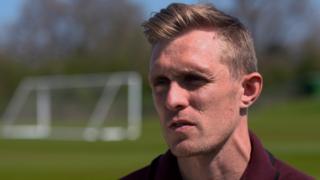 Fletcher describes Pulis as "a winner", and says all the players want to play well for him and not let him down, just like how his former Manchester United team-mates felt about Ferguson.

And all his experience will certainly be called upon in the coming weeks, as West Brom have a particularly tough finish to the season, facing Liverpool, Manchester United, Chelsea and Arsenal in their last five games.

Watch more from Darren Fletcher on Football Focus on Saturday, 25 April at 12.15 BST on BBC One and on the BBC Sport website.