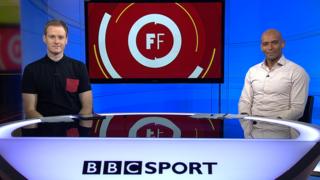 We catch up with goalkeeper Kasper Schmeichel, who tells us about Leicester's Premier League rollercoaster and their fight for survival.

After over 20 years at Old Trafford, Darren Fletcher discusses his new life at West Brom, and American soccer superstar Abby Wambach has Canada on her mind.