Lucy Bronze is the only player from Liverpool's championship-winning side to be selected in the Women's Super League Team of the Year.

They are joined in midfield by fellow England international Jill Scott of Manchester City and Chelsea player Ji.

Everton striker Nikita Parris, who is on a season-long loan with Manchester City, and Notts County goalkeeper Carly Telford complete the team.

Liverpool Ladies retained the title last year on the final day of the season, beating Chelsea on goal difference. 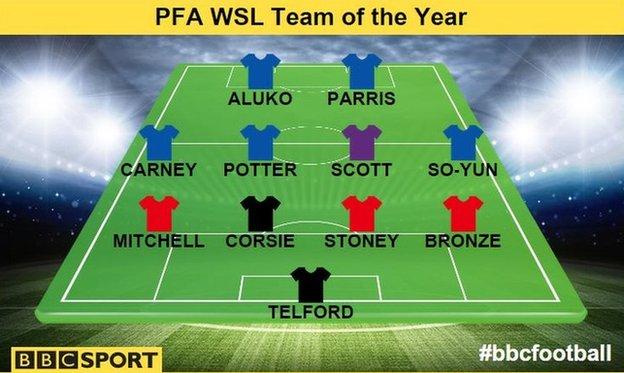