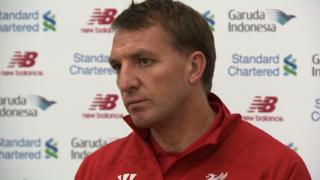 Liverpool manager Brendan Rodgers says the club will "look to address" the burden placed on striker Daniel Sturridge this summer.

Sturridge has managed to play just 18 games for Liverpool this season, scoring five times, compared to a haul of 24 goals from 33 appearances last term, and may miss the rest of the season through injury.

Rodgers has not yet given up on finishing in the top four and suggests a victory over Hull City on Tuesday will put pressure on rivals Manchester United, who sit seven points above Liverpool.