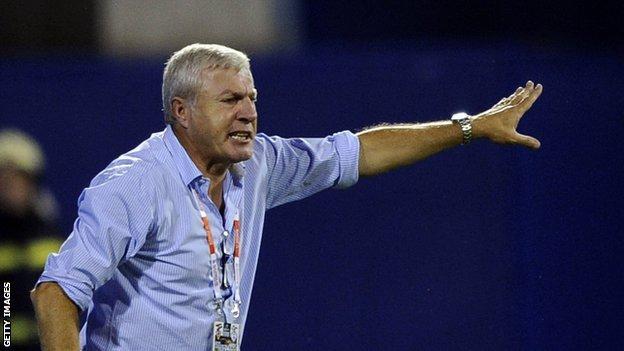 Former France international Luis Fernandez has been appointed the new coach of Guinea.

The 55-year-old has signed a 20-month contact, with an option for an extension, a statement from the Guinea Football Federation said.

Fernandez will take charge of bids to qualify for the 2017 African Nations Cup and the 2018 World Cup.

His last job was as Israel boss and his other coaching posts have included two stints at Paris St Germain.

"I will be accompanied by (former players) Amara Simba and Kaba Diawara. My goal is to qualify for the Africa Cup of Nations 2017," he told told beIN Sports, the Qatari-owned sport channel for which he is a consultant.

"Depending on the results, we'll see how the rest of the story unfolds.

Fernandez, who has spent the last years as a high profile radio pundit in France, takes over from compatriot Michel Dussuyer, who departed the job despite Guinea reaching the quarter-final of the Nations Cup in Equatorial Guinea in January.

Guinea begin qualification for the 2017 Nations Cup in June with a home tie against Swaziland.

But the country are still banned from hosting any international football matches because of the Ebola virus outbreak, forced to play their home games at a neutral venue.