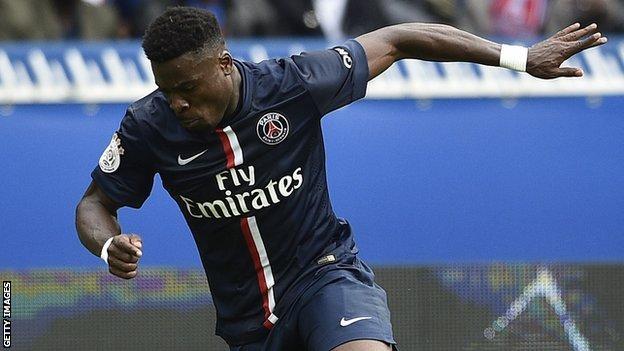 Ivory Coast defender Serge Aurier has made his loan stay at French side Paris St-Germain a permanent move by signing a four-year deal.

"PSG is happy to announce it has triggered the option to buy clause for Serge Aurier," said a club statement.

"The Ivory Coast international has signed a contract until June 2019."

Aurier has made a total of 14 appearances for PSG this season, scoring one goal. He did not feature as Laurent Blanc's side beat Metz 3-1 on Tuesday to move three points clear of Lyon at the top of Ligue 1 with three games remaining.

The right-back, who shone at last year's World Cup in Brazil and helped the Ivorians win the Africa Cup of Nations earlier this year, began his career with Lens and then spent two-and-a-half years at Toulouse before being loaned to the Parc des Princes club.