A diminutive, floppy haired teenager collects a pass from Brazil superstar Ronaldinho to coolly chip in his first goal for Barcelona.

Ten years on, that same man has scored 402 more goals for the Spanish club, becoming the record scorer in their illustrious 115-year history.

Few inside the Nou Camp on 1 May 2005 - when Barcelona beat Albacete 2-0 - would have realised they were seeing the beginning of a legend.

But that is what Lionel Messi, now 27, has become. Here BBC Sport takes a statistical look at the Argentine's record-breaking scoring feats since that debut goal. 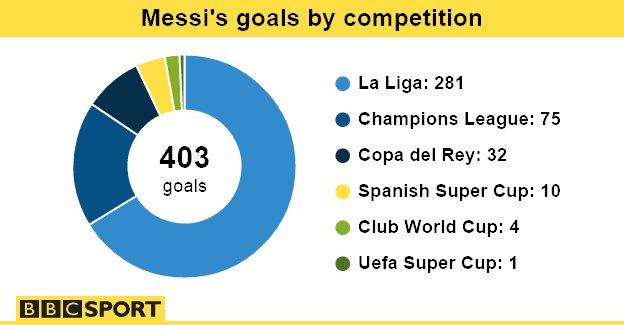