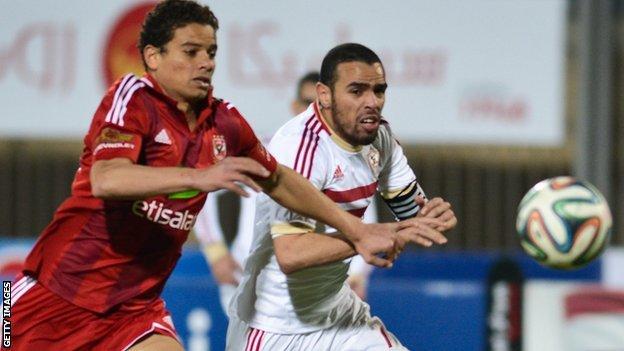 Garrido was dismissed after the club's Champions League exit on penalties to Moghreb Tetouan of Morocco on Saturday.

Mabrouk, who was Ahly's youth team manager, has previously held the position of first-team caretaker coach.

He was interim coach late last year after Mohamed Youssef was sacked, and he steered them to the league title.

Mabrouk's first match as permanent boss will be against Rocky El-Nasr in a league game on Wednesday.

Ahly are languishing in third place in the table with 46 points, 11 points behind leaders Zamalek.