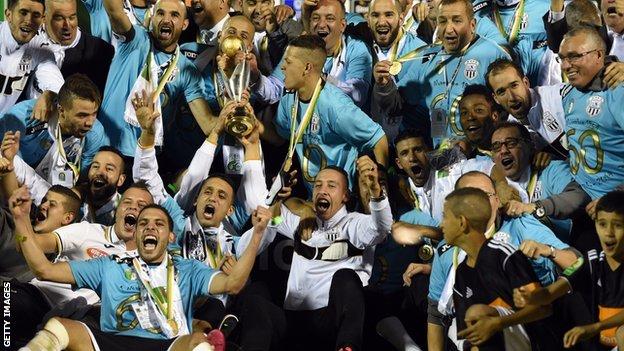 All three Algerian clubs in the Champions League have been drawn in the same group, the first time in history such an incident has occurred.

Holders Entente Setif will face compatriots USM Alger and MC Eulma in Group B, with Al Merreikh of Sudan completing the pool.

The draw for the groups was conducted at the Confederation of African Football headquarters near Cairo on Tuesday.

TP Mazembe Englebert of the Democratic Republic of Congo, the only club to qualify from outside the Arabic-speaking north of the continent, were drawn in Group A, alongside Smouha (Egypt), Moghreb Tetouan (Morocco) and Al Hilal (Sudan).

The group phase begins in late June with the top two from each pool advancing to the two-legged semi-finals in September and October. The final, in October and November, will also be played over two legs.