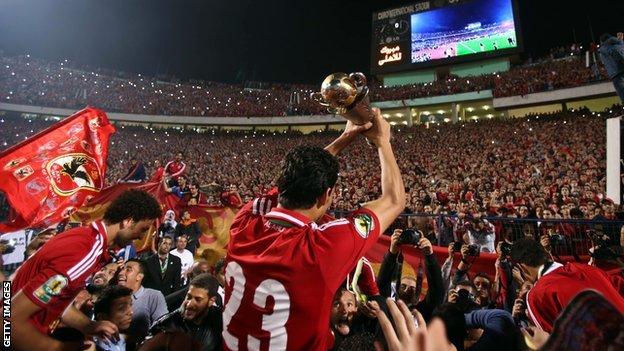 Ahly are the title-holders having pipped Ivorians Sewe San Pedro on away goals in the two-leg final after a 2-2 aggregate deadlock.

Although the second-tier African competition, the Confederation Cup line-up is much stronger this season than the more lucrative and prestigious Champions League.

The first leg will be played on the weekend of 15-17 May with the return legs taking place the following weekend.

The winners advance to the group phase of the Confederation Cup, which gets underway in June.