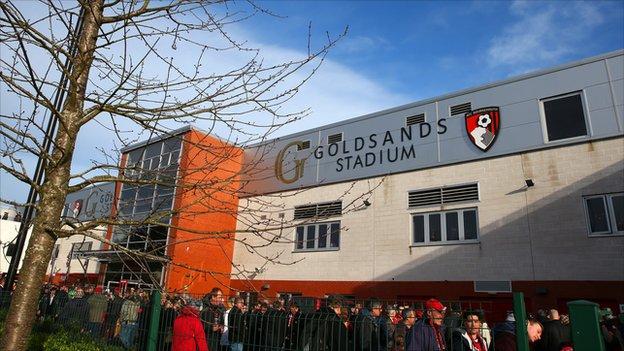 AFC Bournemouth made a net loss of £10.3m in their first season in the Championship their latest financial accounts have revealed.

That loss is down from the £15.3m they recorded in the previous period.

The figures, covering the year ending July 2014, showed the Cherries nearly doubled their turnover - to £10.1m.

The club's Russian owner, Maxim Demin, has now put in nearly £25m in the form of loans, with £7.8m of that owed to his company Wintel Petrochemicals.

That loan is charged at 3% and is repayable in October 2017.

Bournemouth are in line to receive a windfall of around £120m following their promotion to the Premier Leauge with figures for the Championship-winning season released in May 2016.

The report makes reference to the club's reliance on its parent company - AFC Bournemouth Enterprises Limited.

"The club is also aware of the risk associated with reliance upon finance from its parent company to fund operations," the report said.

"However, the directors are confident that this risk is minimal based on the ongoing commitment from its investors and recent positive developments within the business, which demonstrates the successful outputs resulting from the investment."

Russian petrochemicals millionaire Demin was introduced to the club by former chairman and owner Eddie Mitchell. He became co-owner in 2011 and bought out Mitchell in 2013.

The figures also relate to the first season of financial fair play. In December 2014 the club received confirmation from the Football League that they had complied with the rules.