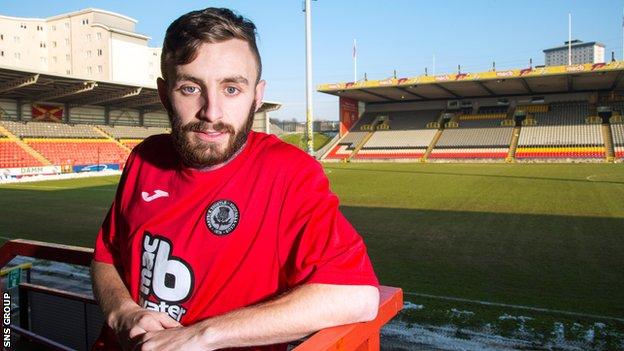 The Scottish FA are yet to issue details of the case but the Glasgow club say that it is for "betting on football matches".

"We are aware of the SFA's intention to issue a notice of complaint to Steven Lawless," read a club statement.

Thistle go on to say "as a club we are in the process of conducting our own internal investigation".

SFA disciplinary rule 33 prohibits players, coaches, club officials and referees in Scotland from betting on football anywhere in the world.

Earlier this season, Rangers keeper Steve Simonsen was banned for two games after being found guilty of betting on 55 games.