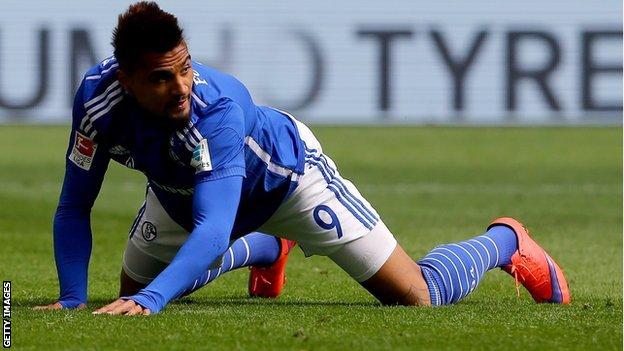 Ghana midfielder Kevin-Prince Boateng has been released by German Bundesliga side Schalke with immediate effect.

The 28-year-old's contract has been cancelled despite the club still having two matches left to play this season.

Schalke's decision comes less than 24 hours after a 2-0 defeat in Cologne that threatens their hopes of gaining a place in next season's Europa League.

The club has also released forward Sidney Sam and suspended midfielder Marco Hoeger until the end of the week.

Sports director Horst Heldt had warned there would be consequences for Schalke, who reached the Champions League knockout stages this season.

Schalke began the season with the ambition of qualifying for the Champions League but have struggled under coach Roberto di Matteo and have managed only one win in their last eight league games.