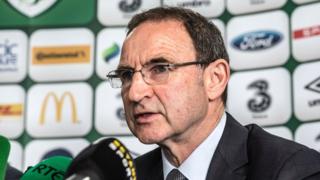 Martin O'Neill's hopes of giving a first Republic of Ireland call-up to Jack Grealish are frustrated as the uncapped Aston Villa midfielder turns down a call-up for the games against England and Scotland.

Birmingham-born Grealish, 19, can also play for England and O'Neill said that the player had told him that he wanted to complete his season with Aston Villa before making a decision on his international future.

Asked whether he was disappointed by Grealish's decision, O'Neill replied: "Yes, I suppose I am. He's been doing very well recently. It would have been nice but that's Jack's decision."