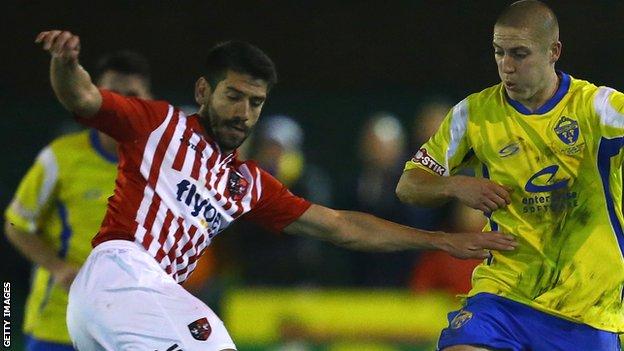 Veteran Exeter City defender Danny Butterfield has been given a player-coach role at the League Two club.

The former Crystal Palace player has made 62 appearances for the Devon side.

"Danny is a perfect candidate for development into the coaching rank," Exeter manager Paul Tisdale told the club website.

"He has a lot of football in him and we're still expecting a contribution on the field, but we're delighted he's thinking about moving into coaching."

Exeter are expected to announce their full retained list before the end of the week.

"This year he has done a lot of work in the academy and it seems a natural step for him to move into. I think development is something that we do really well, whether that's young players learning their trade or senior players learning new skills as well," Tisdale added.

"Danny is an excellent influence on the players around him and it's going to be a big help to see him involved more often on the coaching side, as well as continuing to bring his guidance and ability on the pitch."