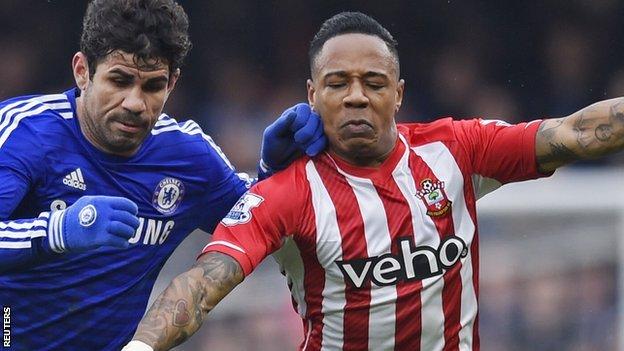 Southampton right-back Nathaniel Clyne's contract negotiations have progressed and are "in a good place", says director of football Les Reed.

Clyne, 24, is out of contract next summer and has been asked by the club to make a decision on his future.

Manchester United are reportedly interested in the England defender.

"I'm confident we will have a resolution sooner rather than later," said Reed. "I'm in discussions and those have been very, very positive."

Southampton secured the long-term future of striker Jay Rodriguez on Wednesday but as speculation grew over Clyne's future, on 30 April, manager Ronald Koeman issued a 10-day deadline for a decision.

"That was about getting a response," said Reed. "That issue was sorted as Nathaniel has changed his agent. We got an immediate response from the new one. We are at a very good place at the moment."

Clyne joined Southampton from Crystal Palace in 2012 and has impressed in 39 appearances this season, making his England debut in November.

Saints are currently seventh in the Premier League with hopes of Europa League football next season despite selling more than £90m worth of players last summer.

"I don't expect the numbers of players to leave the club but after a good season there is always interest in Southampton players," he told BBC Radio 5 live.

You can listen to Ronald Koeman's interview with BBC Radio 5 live by downloading the podcast.