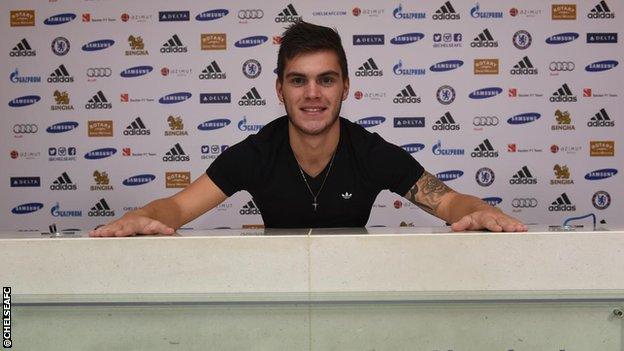 Chelsea have signed Brazilian midfielder Nathan from Atletico Paranaense for an undisclosed fee.

The 19-year-old will move to Stamford Bridge on 1 July after passing a medical and agreeing personal terms.

"I'm very happy to be joining Chelsea, the champions of England, and I hope I will learn a lot and develop my game," Nathan told Chelsea's website.

The teenager, whose full name is Nathan Allan de Souzahas, represented Brazil at Under-17 and Under-20 level.

A Chelsea statement says the teenager has "earned a reputation as an attacking midfielder with an eye for goal and impressive pace".

The Blues also have young Brazilians Wallace and Lucas Piazon out on loan.

Nathan scored five goals in five games at the Under-17 World Cup in 2013, before being named in the team of the tournament.