Barcelona won the Spanish title on Sunday with a game to spare after a dominant second half of the season.

Heading into the winter break in December, the Catalans were a point behind league leaders Real Madrid, who also had a game in hand.

At that stage, Real's attacking trio of Cristiano Ronaldo, Karim Benzema and Gareth Bale were outperforming their Barcelona counterparts Lionel Messi, Neymar and Luis Suarez by a distance. In La Liga and the Champions League, the Real trio had a combined total of 52 goals in 21 games compared to their Barcelona rivals' tally of 40 in 22. 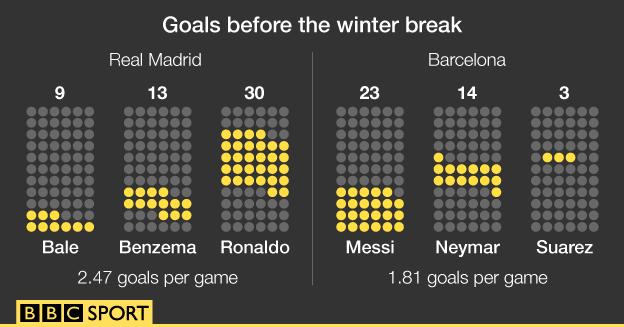 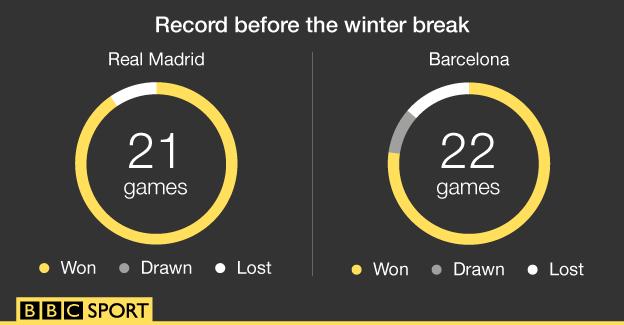 Those goalscoring exploits put Real in a position of dominance. But after the winter break, all that changed as Barca overtook their rivals and went on to reach the Champions League final while Real went out at the semi-final stage.

The reason? Well, in part at least, the answer lies with Suarez and Bale. After three goals in 11 games before the break, Suarez returned in the new year - playing more regularly in a central striking role - and scored 19 in 24.

That had a major impact on the overall scoring rate of Real's front three and, despite Ronaldo continuing to score at a prolific rate, including a hat-trick on Sunday at Espanyol, their strike rate per 90 minutes dropped from 2.47 goals to 1.39 (39 in 28 in 2015). 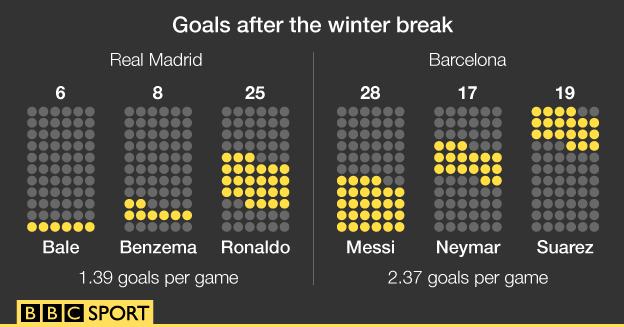 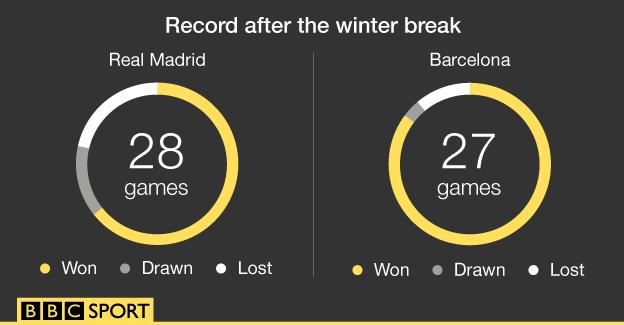 So, why the change in fortunes?

Spanish football writer Andy West explains: "It really has been a season of two halves for both clubs, with Barcelona coming together superbly after January, while Real Madrid have headed in the opposite direction.

"The key for Barca was Luis Enrique finally toning down the rotation policy which bizarrely saw him pick a uniquely different starting XI in each of the first 28 games of the season.

"From January onwards they have developed coherence and consistency, with Messi's new position on the right wing fundamental.

"Real have suffered from a string of injuries - especially Luka Modric - and a dip in form for some key individuals such as Ronaldo and Bale.

"Those factors have gradually eroded their confidence and diminished their effectiveness as a team unit."

Could tiredness be a factor? 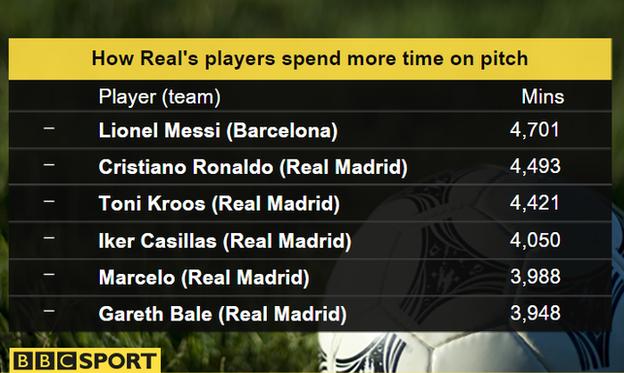 How the table looks 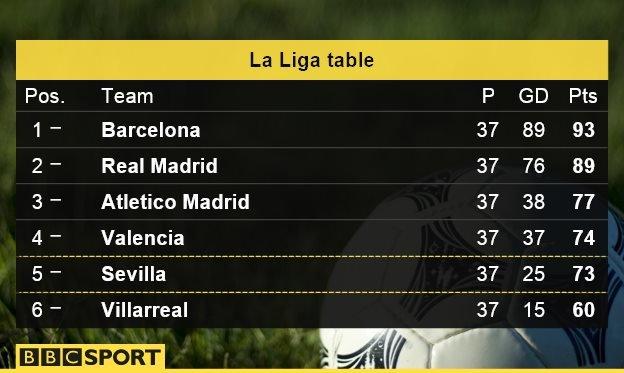