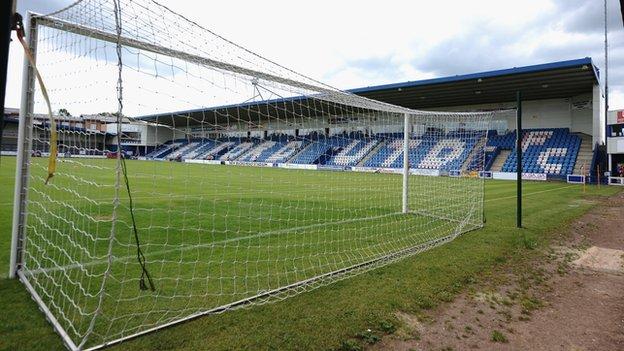 Relegated Telford have made their first signings since being relegated back to Conference North, bringing in striker Neil Harvey and defender Matt Bailey.

Former Hednesford striker Harvey, 31, who is based nearby in Donington, has arrived from Witton Albion.

Bailey, 29, who first played for the Bucks under Liam Watson in the 2013-14 season, rejoins the club from Nantwich.

Clancy has signed a new one-year deal, while fellow former Chester player has been retained on non-contract terms.

The Bucks, who are in talks with defender Ian Sharps and midfielder Mike Grogan, have confirmed that defender Neill Byrne has asked to go on the transfer list.

Byrne, who wants to play at a higher level on a full-time contract, made his decision following a meeting with manager Steve Kittrick and managing director Lee Carter.

"We've listened to what Neill had to say," said chairman Ian Dosser. "We will be sorry to lose him, but have come to the conclusion to accept his request for a transfer, providing we can come to an agreeable position with any interested club."