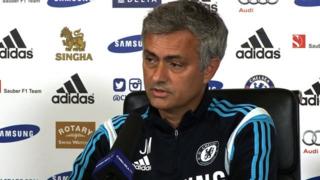 Jose Mourinho says his main aim in the summer is to retain his title-winning Chelsea squad during the transfer window.

The Blues boss said that he is "happy to keep my players" and that Chelsea will "have an important say" in deciding whether goalkeeper Petr Cech leaves the club.

The champions travel to West Bromich Albion on Monday night, and will reach 90 points if they win their final two games in the Premier League.