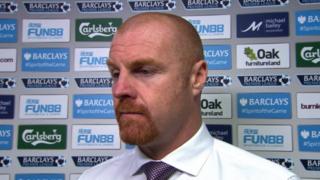 Burnley are in good shape - Dyche

The Clarets were relegated to the Championship last weekend and Dyche admits that the "next challenge will be tough".

Saturday's 0-0 draw means that Burnley have only scored one goal in their last eight matches and Turf Moor is the lowest scoring stadium in the Premier League this season (35 goals).