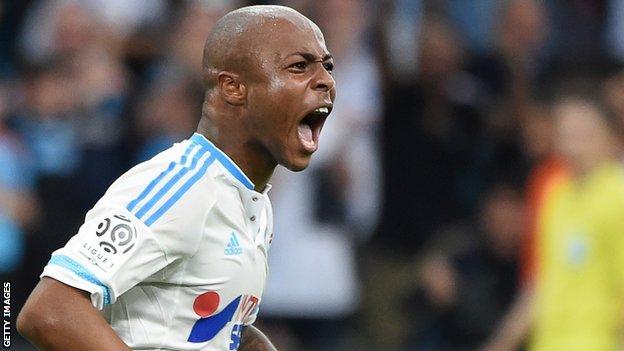 It is set to be the last thing he will achieve as a Marseille players as he has stated he is leaving the club at the end of the season.

Ayew scored 10 goals in 27 appearances for the French giants this campaign.

He joined the club in 2007, going out on loan to L'Orient and then Arles-Avignon in the early part of his career before becoming a key member of the team.

"The president (Vincent Labrune) has spoken thus everything has been brought out into the open more or less," said Ayew, who has played 158 games and scored 43 goals for Marseille.

"I am going to leave the club and it is a page turned.

"There are lots of things behind the decision. We tried to find a solution which would enable me to stay but for both parties it was complicated, whether it be for sporting or financial reasons.

"I was expecting more, I hoped the club would have a more competitive team for next year that could be title contenders and that's not certain.

"Also the club cannot offer me the same salary that I'm on at the moment."

Ayew, whose younger brother Jordan was also at Marseille before leaving for Lorient at the beginning of the season, has attracted interest from several English Premier League clubs.