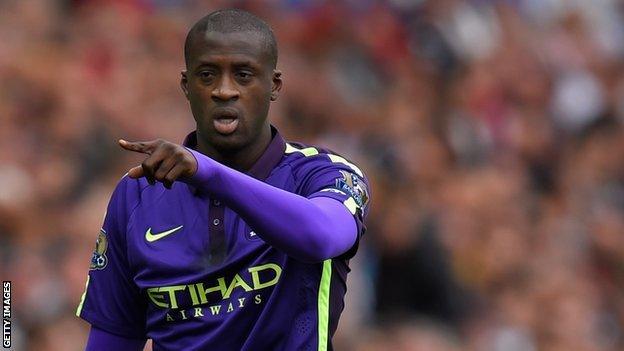 Toure, 32, is likely to leave City this summer after five years with the club.

And he could be set for a reunion with Inter boss Roberto Mancini, the man who signed the player for City.

Zanetti told Gazzetta dello Sport: "We are at the stage where we hope we can complete it. Yaya would give us that leap in quality."

Toure, who is reportedly City's highest earner on more than £220,000 per week, has scored 10 goals in 28 Premier League appearances for City this season.

The former Barcelona midfielder signed a four-year contract with City in April 2013.