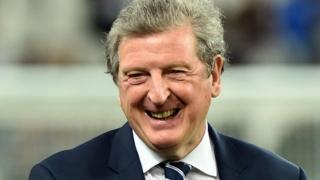 Austin and Vardy get their chance, to play the Republic of Ireland and Slovenia in June, as Liverpool's Daniel Sturridge has a hip injury, while Tottenham's Harry Kane, West Brom's Saido Berahino and Burnley's Danny Ings have been called up for the European Under-21 Championship squad.

Hodgson's side are top of Group E after winning all five qualifying games, six points clear of second-placed Slovenia as they aim to reach the tournament in France.